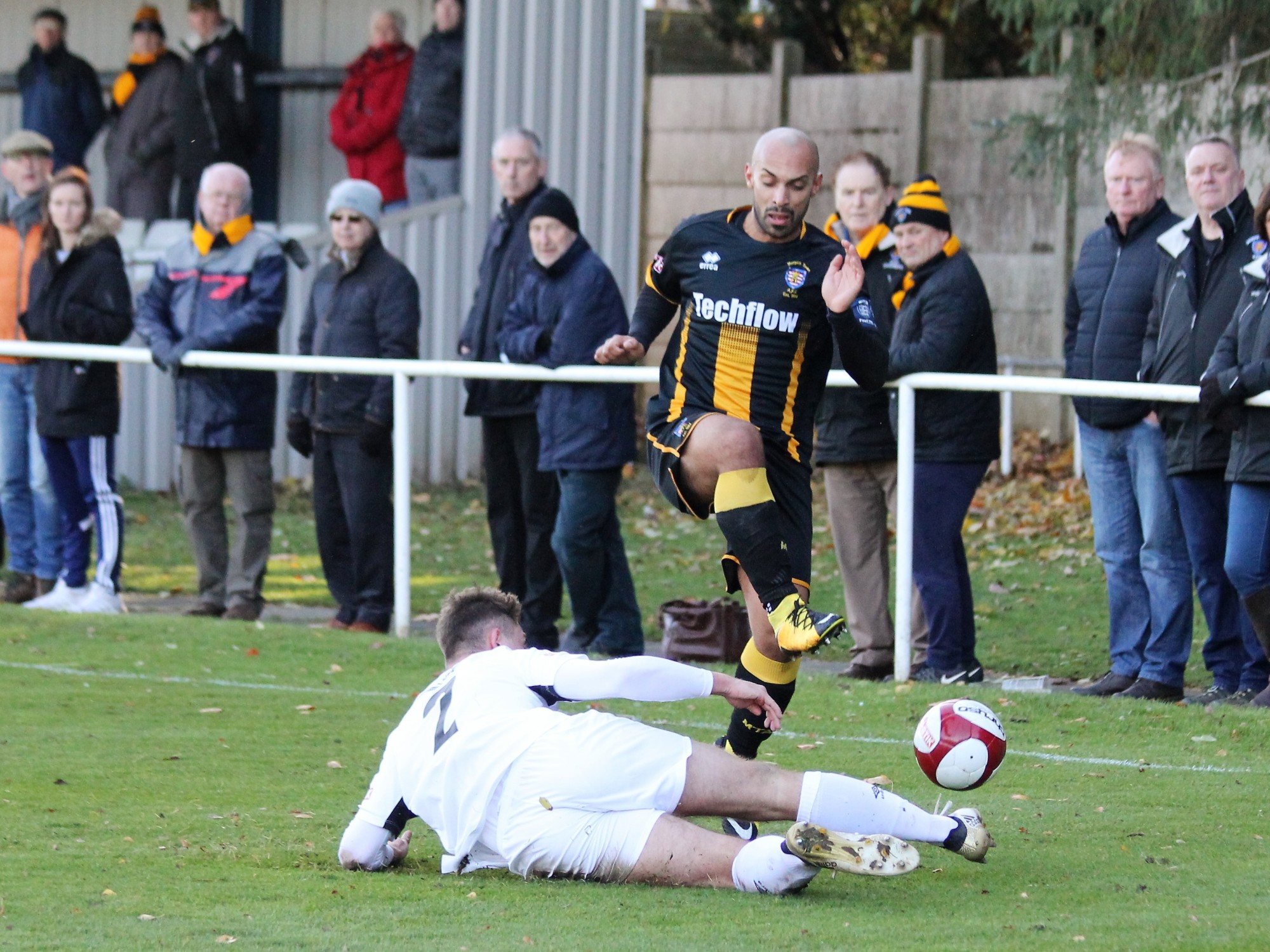 That’s it for 2018/19. It’s been the best so far for the site, with a steady increase in views since August. January 2019 was the biggest month ever, boosted by a lot of interest in rare trip to the rugby at Hartlepool Rovers, currently the most viewed story we’ve published.

We’ve also seen our first collaborations: guest writer Michael Grimes made his Groundhoppers debut at the new Spurs stadium and had a brush with the law at Met Police, while David Bauckham kindly allowed us to use his photos from Stanley United in the good old days when it was still used for football.

There are two new countries on the Groundhoppers map – Austria and Slovakia – and we got to three other members of the ‘92’ at Tranmere, Blackpool and Notts County. Sadly, Meadow Lane was making its last appearance as a Football League ground for a while but hopefully the Magpies will be back soon.

A new feature, looking at disused grounds, also proved popular. The fate of Billingham Synthonia’s Central Avenue was the most viewed football story of the season while a fleeting visit to Rotherham evoked memories of Millmoor. Sadly, the decline of grassroots football means there could be all too many more stories along these lines in the future.

Prenton Park was the starting point as Tranmere Rovers prepared for a return to the Football League. Things went well for the Rovers, who made it back-to-back promotions via the play-offs.

Wolviston’s scenic Metcalfe Park was the first local ‘tick’ of the season. A 2-2 draw with Durham City suggested that the Wearside League club would have a better time of it than their Northern League opponents, and so it proved. Wolviston finished third, troubled Durham were rock-bottom.

Another troubled club, Sunderland, began the season in the third tier for only the second time in their history. A last-minute header from Lyndon Gooch on the opening day of the season secured a much-needed victory over Charlton. The story was reversed in the play-off final, with a last-gasp Charlton goal clinching promotion to the Championship.

While Durham City struggled, newly-formed Durham United made its debut in the new Wearside League Development Division. Playing out of New Ferens Park, a ground built for City but later at the heart of a dispute between the club and its landlords, United won the Clem Smith Bowl and were runners-up to Sunderland Town End in both the league and the league cup. 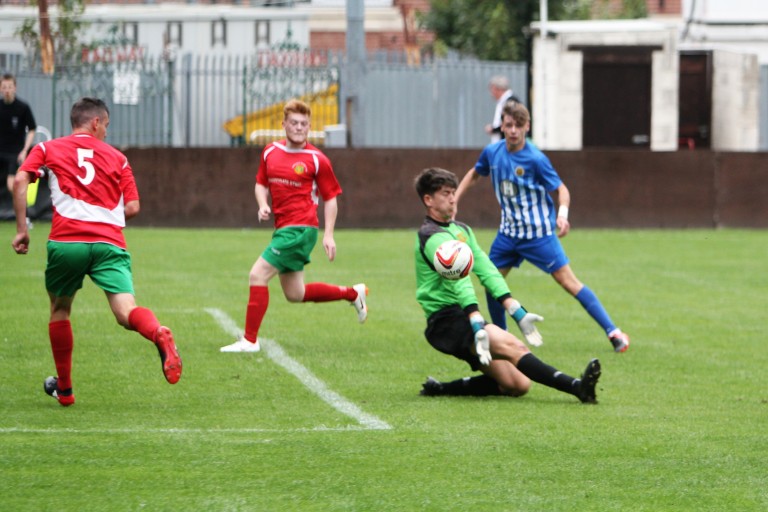 A revisit after 20-odd years took us to Harrogate Railway, where a 5-0 thumping off Staveley MW suggested a long season in the offing. Duly derailed, the Rail were relegated to the NCEL First Division.

Not many teams in the North Riding Football League get to play in the FA Vase. Stokesley SC, a former Northern League team, does – but a 9-0 derby drubbing at home to Guisborough Town quickly ended any interest in the competition. Stokesley finished second bottom of its league, but there was better news for the reserves, who came second in the NRFL’s second tier.

Brandon United is an authentic Northern League experience – windswept, rugged and full of commitment. Plus, on a clear day, there’s a nice view of Durham Cathedral. This 3-2 FA Vase win over Washington was a highlight in a tough season for Brandon. In the league, Brandon finished 19th out of 20 in Division 2 but was reprieved from relegation amid the usual end-of-season horse trading around the pyramid.

Hartlepool United has a unique view of the oldest naval vessel afloat, its masts poking above the Cyril Knowles Stand at Victoria Park. But the club isn’t always so buoyant, and a frustrating 1-1 draw with Aldershot showed why an early-season flirtation with the National League play-offs would prove to be the Monkey Hangers’ high-water mark.

It’s rare for non-league football to be overshadowed by hooliganism. Unfortunately, the FA Vase clash between Hebburn Town and City of Liverpool broke with tradition. Boneheads on both sides took the shine off a good game played in front of a big crowd. Hebburn came second in the Northern League, but its hopes of a Vase run were ended by West Auckland in the fifth round.

Morpeth Town were one of the Northern League clubs that argued most strongly against automatic promotion. Ironically, they then went and won the league in the first season when elevation was compulsory. So far, life in the Evo-Stik league has gone well – the Highwaymen won promotion once again. On the pitch, life is good. Off the pitch, we’ll wait and see. 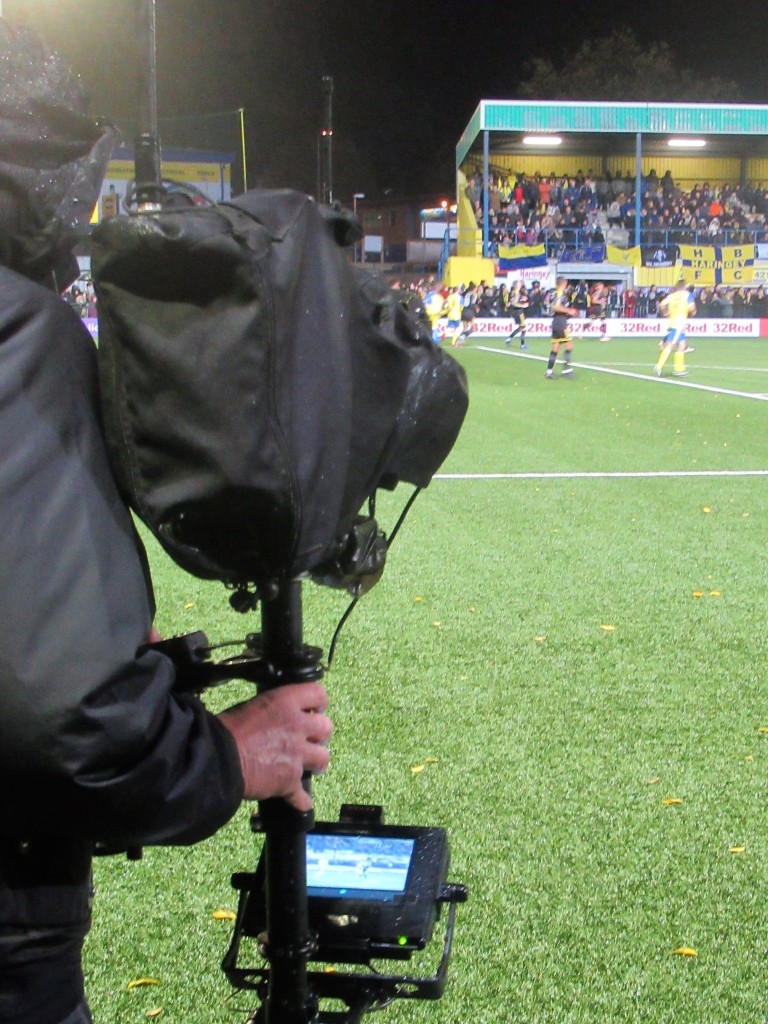 The romance of the FA Cup isn’t always apparent in the latter stages, especially when the corporate seats at Wembley are half empty during a one-sided final. But when the TV cameras come to non-league grounds in the first round, it’s a bit special. Haringey Borough even had a man with a foil-covered cardboard cut-out of the old trophy but couldn’t escape a cruel last-minute loss to AFC Wimbledon. Haringey finished third in the Isthmian League Premier Division, the Wombles dispensed with manager Neal Ardley and escaped relegation from League One under Wally Downes. They also defeated Premier League West Ham in the Cup, reaching the 5th round for the first time.

Exploring some of the lost clubs and grounds of the Northern League took me to the Black Hole of East Durham, and the remnants of former Northern League teams Murton, Shotton Comrades and Peterlee. All three grounds are still in use, even if their old tenants are long gone from Saturday football. Back on the trail of dereliction, the sad state of Stanley United’s Hilltop Ground, Central Avenue, Billingham and Albany Park, Washington made for evocative photos.

Durham City continued to struggle. Ground sharing at Willington, working hard to get back ‘home’, and facing a battle at the foot of the table. Club owner and former Newcastle Utd full back Olivier Bernard took over as caretaker manager for the visit of Heaton Stannington, but it all ended in another heavy defeat.

A proposed boycott of Newcastle United’s home game with Wolves never got off the ground. An alternative club, FC United of Newcastle, did. Chairman Alan James explained what it’s all about.

Crook Town’s Millfield home is a quintessential non-league venue. And a misty January afternoon captures its romance at its best. Crook’s midtable finish in Division 2 offers hope of a brighter future for the club.

The battle to oust the ownership at Blackpool came to an end in February, prompting memories of a recent visit to Bloomfield Road with Sunderland. A decent League One season, despite all the off-field issues, may yet be the catalyst for a revival of one of the grand old names of football.

It was back to the North West to visit Workington and catch a last glimpse of a former Football League ground. Borough Park is set to be replaced by a new multi-sport stadium in time for the 2021 Rugby League World Cup; Workington’s season ended in relegation from the Evo-Stik Premier.

In the Scottish Borders, Coldstream continues to fly the flag for football in the heart of rugby territory: scenic, grassroots football with a big heart.

Sky TV once came to Evenwood Town but nowadays most of the Welfare Ground has gone and the new-look Evenwood uses the field for Crook & District League action. The original Evenwood was absorbed into the upwardly mobile Spennymoor Town, flying high in National League North.

It was too late to save Notts County. Neal Ardley, last seen at AFC Wimbledon, inspired the Magpies to take their fight for Football League survival to the very end. This win over Grimsby kept them in contention until the final day, but defeat at Swindon saw the club drop out of the league it helped to form in 1888.

One club that dropped out of the Football League and plummeted is now on the way back. Scarborough Athletic continued its revival with victory in the North Riding Senior Cup at Middlesbrough.

As the season drew to a close, we reflected on the new Spurs stadium with guest columnist Michael Grimes. And we travelled further afield to visit Floridsdorfer AC in the Austrian second-tier and celebrate another Slovak title with Slovan Bratislava in their rebuilt Tehelne Pole home.

As usual, ice hockey kept me busy this season. A trip to Whitley Squaws, the women’s team connected with the Warriors, featured a future GB international in Steph Towns and a chance meeting of toddlers in the stands.

Sedgefield Races was another toddler-friendly venue: Alicia enjoyed the parade ring, wondered why all the horses ran so far away, but liked watching them pounding up the home straight and jumping over the last couple of fences. If only the horse we backed had made it to the post after leading from the start …

The Hartlepool derby, Rovers vs West, is always a crunch game in the rugby season. It also brings together two pioneering clubs from the early days of the sport. Much reduced in circumstances, this was a trip to a different era of club rugby, long before the razzamatazz of professionalism turned the oval ball game upside down.

Back to hockey, and a look back at the 2018 Women’s U18 World Championship in Dmitrov. Europe was on the rise there, and that progress continued in 2019 as Finland reached the women’s final for the first time ever.

Women’s hockey came to Dumfries as Great Britain hosted a lower division World Championship tournament. North Korea, one of the talking points of last year’s Olympics, was there, but nobody could stop Pia Pren’s Slovenia from taking the prizes.

The highlight of my sporting year was Great Britain’s historic victory over France at the World Ice Hockey Championship in Kosice. A great survival story and a deserved success for a team that’s been a pleasure to work with in recent years.