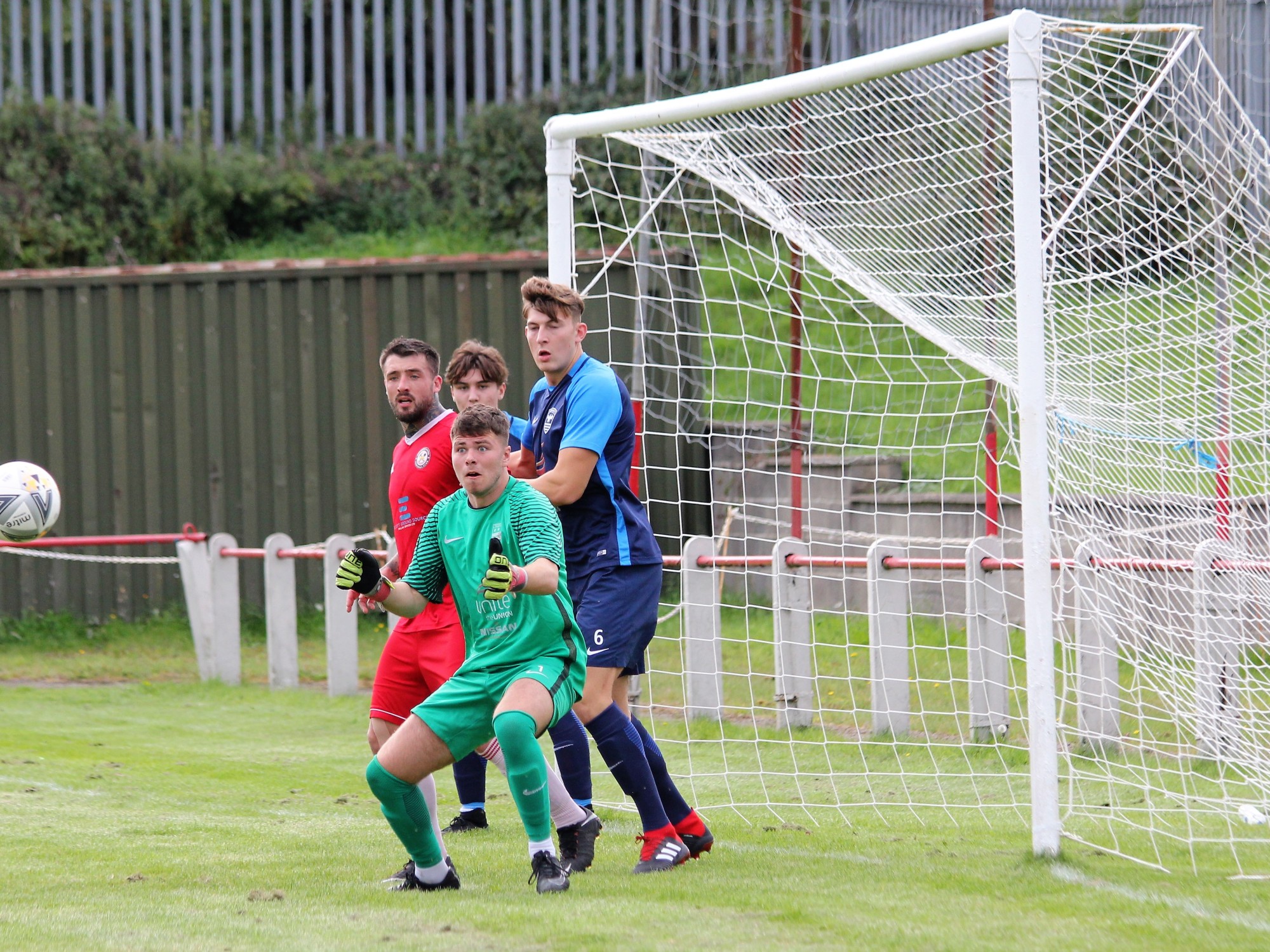 A couple of seasons ago, while I was researching ‘Ancients & Mariners’, Brandon’s then goalie Tom Orton warned me against visiting the Welfare Ground in winter. A midweek trip in January proved his point – so cold that leaving early to collect the in-laws from the airport felt like a blessing rather than a chore. Perched on a ridge to the south of Durham city, the ground has impressive views of the cathedral tower (or, for now, the scaffolding), a tea hut in a shipping container, a delightful collection of benches behind the goal and a wind-chill factor to rival Punta Arenas.

Cup competition provides a welcome break. The kids who had travelled with Washington (since the beginning of last season, the team has affiliated with one of the town’s biggest youth football organizations) talked excitedly about how fellow Northern Leaguers Stockton Town had gone to Wembley in the previous season. Brandon, scenting weakness in the visitors, hoped for a win that could kick-start the season.

Neither side was willing to give an inch. Every loose ball was fiercely contested, every refereeing decision – or non-decision – loudly queried. A Brandon defender made a ritual yell of ‘In his back, ref!’ every time two players jumped for a high ball, his protest so indiscriminate it took time to work out which team was making the appeal. Both benches took the chance to harangue ref, linesman and each other over every tackle. It’s popular to complain that modern-day officiating is outlawing the tackle ‘and nobody wants to see that’. The evidence of the touchline talk suggested that ‘nobody wants to see’ their own team unable to tackle; the opposition should be discouraged with the full force of the law.

In between the arguing, a decent game unfolded. Brandon got an early goal and much-needed confidence boost when Joe Joyce curled a shot from the edge of the box that Washington goalie Craig Williams could only wave at as it went in. “You’re better than that, Craigy,” came the attempted encouragement; it felt like a late edit of something less complimentary. Williams showed his mettle with a sharp save from close range, Washington equalized when Kris Goss produced a neat turn and shot off the post, the forward belying his image as a shaven-headed, tattooed terror with a deft piece of skill. The teams traded two more goals in regulation time: lively winger Niall Fingleton for Brandon, David Callum-Smith benefiting from a sluggish home defence to reply. James Norton might have won it for Washington in a one-on-one with Carl Robinson, but Brandon finished the stronger without forcing a winner inside 90 minutes.

That meant extra time. The home team huddle started with what went wrong – missed chances, lack of concentration, ‘that’s why we’ve got to play another half-hour’ – and went on to what may yet go right: ‘this could change our whole season’. Brandon Turnbull’s close-range finish made it 3-2, Washington’s hopes departed with a red card for Nathan Cobain when the ref’s patience with robust tackling finally snapped. “I don’t care if we lose all our other games as long as we won this one,” commented one Brandon player on his way off the pitch. From the dressing room, whoops and war-cries abounded. Wembley is still a distant dream, but Brandon are off the mark for the season at last. 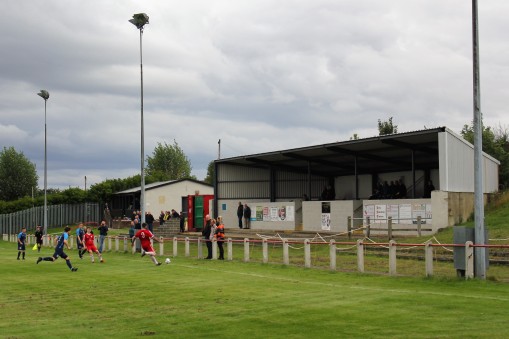 The main stand at Brandon Utd. 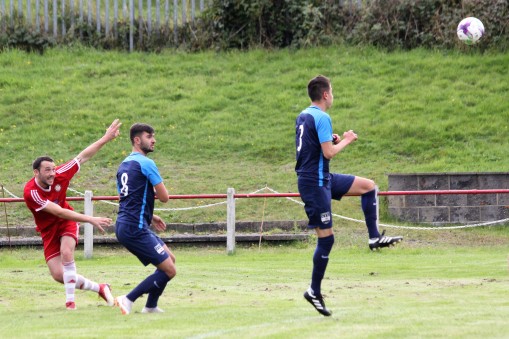 A tea hut in a shipping container at Brandon Utd.

6 thoughts on “Lift-off for Brandon”