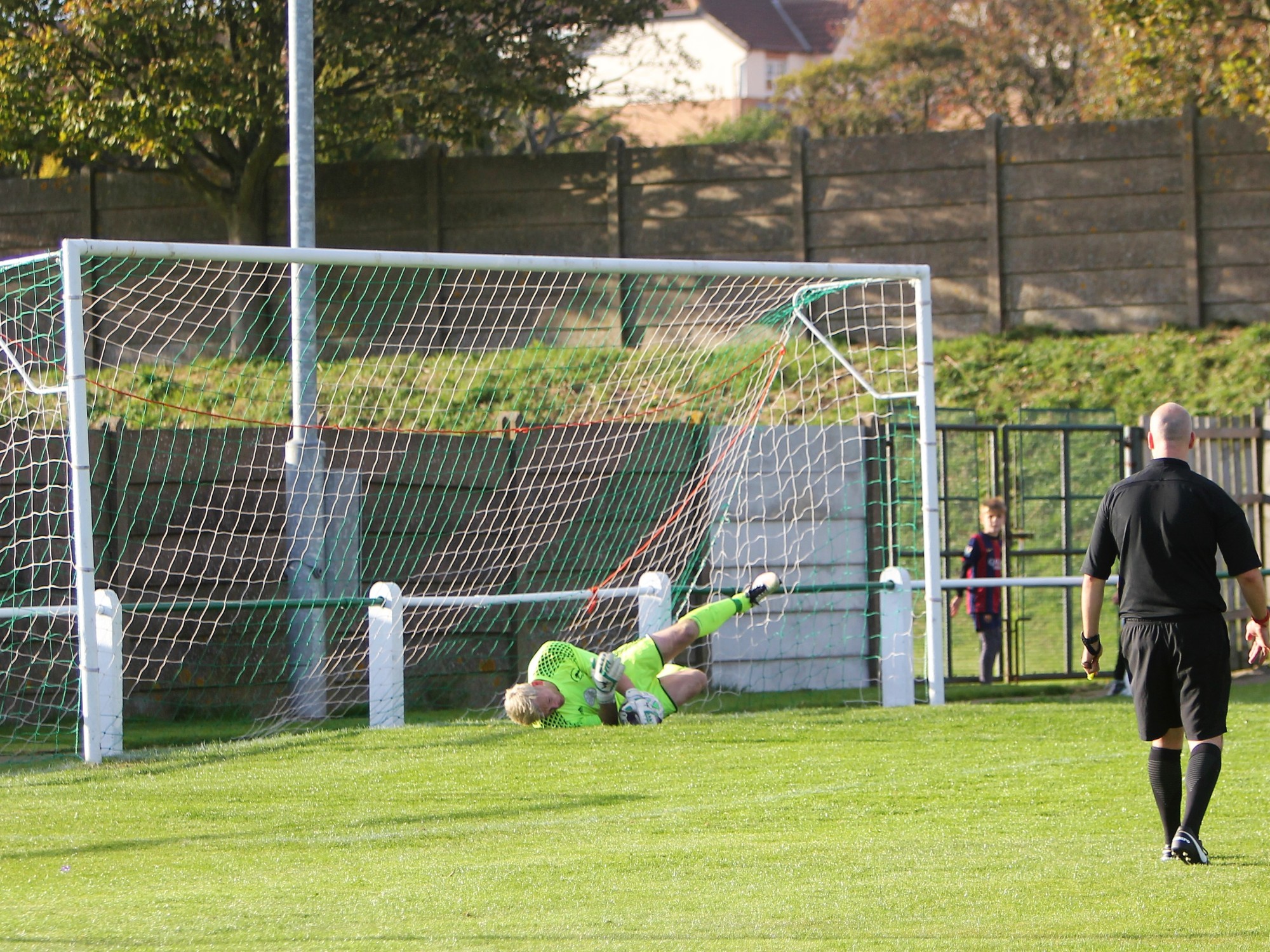 Easington Colliery’s Welfare Park ground is – on a sunny day – one of the more attractive settings in the Northern League. From the walk up the memorial alley of trees planted to commemorate the dead of the 1951 mine explosion to the sea views from the ground itself, it’s a good spot to watch a game. Unless the weather intervenes. Back in October, a beautiful autumn afternoon showed off the ground at its best for a game against promotion-chasing Team Northumbria.