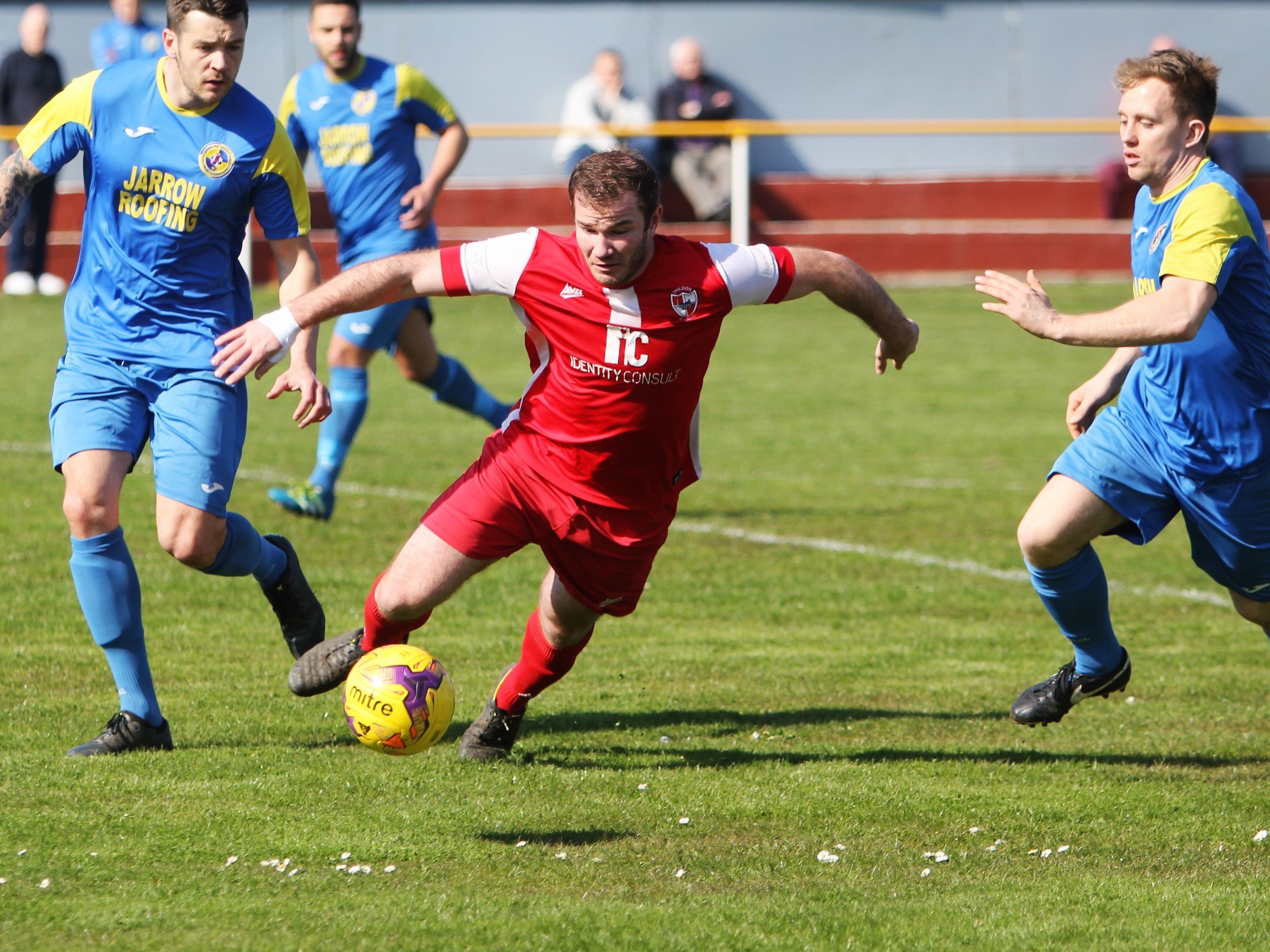 End of season football, beautiful weather, Jarrow Roofing’s famously quirky ground and an entertaining, competitive draw against Shildon. Not a bad way to complete my set of Northern League grounds for the 2016-17 season. And not a bad way to open up an occasional new feature for the site – pics from games that I didn’t get round to writing about during the season.