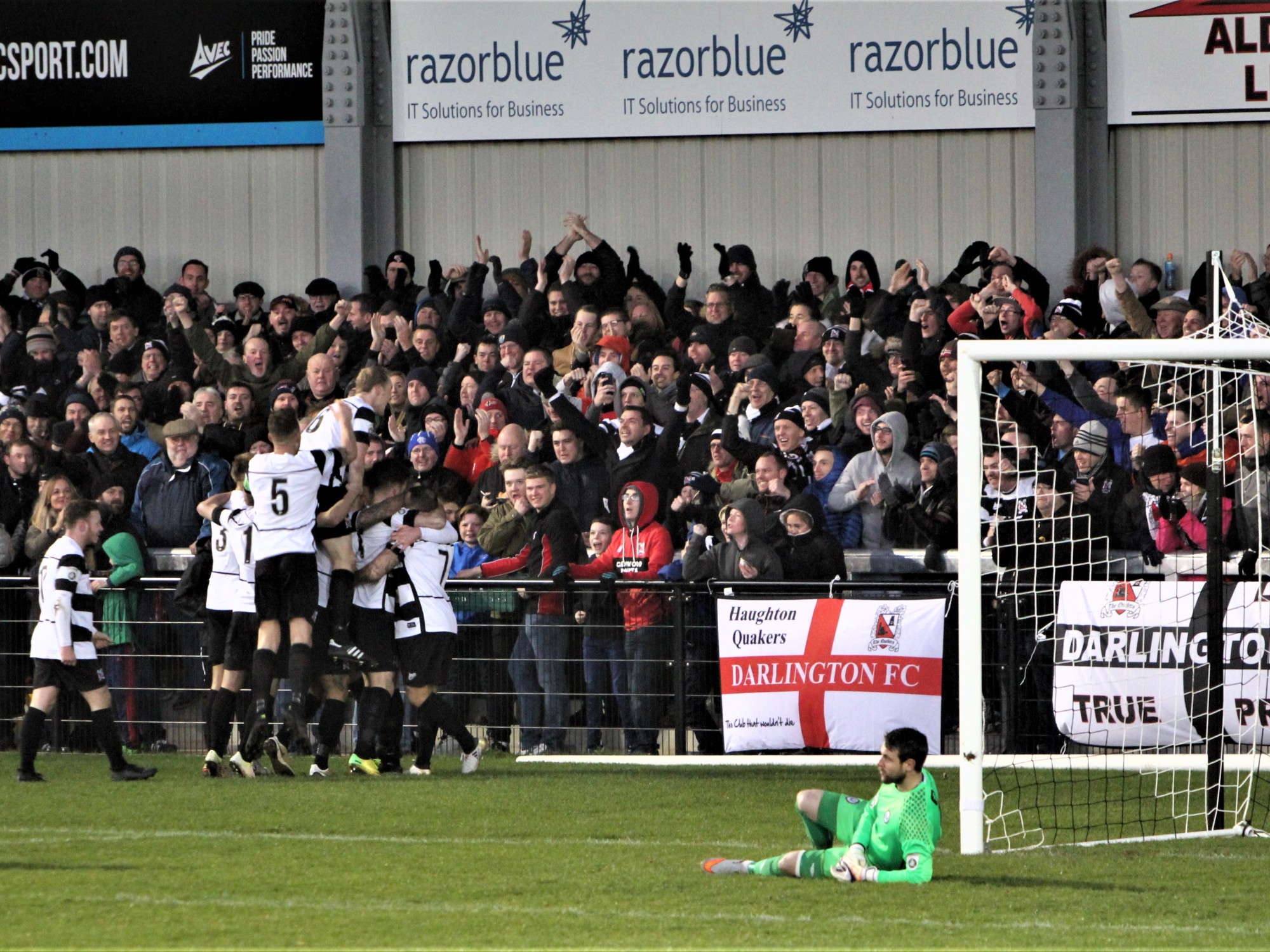 To the unschooled eye, it looks like a simple structure of corrugated metal. Utilitarian at best, some might dismiss it as ugly. But for 3,000 fans in Darlington on Boxing Day, it was a much-loved image of home.

The Tin Shed, once the heartbeat of Feethams, is back after more than a decade in storage. Darlington FC, 13 years after leaving Feethams and four after being forced out of town altogether, are back home. The old stand, kept for 13 years in the back yard of a local businessman, has been reassembled – using much of the original framework – at Blackwell Meadows, Darlington’s new home.

Blackwell Meadows, the traditional home of Darlington RFC, isn’t quite the same as the old, town-centre site. It’s more than a five-minute walk to the Pennyweight, for a start, and after a rapid rebuild since the end of last season, everything has a shiny newness rarely associated with the comfortably faded surroundings of the Quakers’ original home.

Crucially, though, it’s in Darlington. It takes about half an hour to stroll in from the town centre or the railway station – one route skirts the edge of the Feethams site – and that already makes it feel more a part of the town than the vainglorious Darlington Arena, stuck out by the A66. After four years in exile in Bishop Auckland while Quakers fans battled to preserve a team that had endured three spells in administration before crashing out of the Conference after an unwanted record run of 20 straight defeats.

Back then, oblivion was staring the team in the face. Founded in 1883, and with more than 80 seasons of league football behind them (albeit mostly in the lowest tier), a once-proud institution was reduced to a crest, a solitary registered player and about £150,000 of debts. The team was homeless and penniless, demoted from the fifth tier of English football to the ninth and relying on the dedication of a loyal band of supporters.

Today, as 3,000 fans came to celebrate the homecoming, prospects are brighter. Under the guidance of manager Martin Gray, who played at Feethams in the 90s and was on the coaching staff in the Arena era before taking over as full-time boss of the phoenix Darlington FC 1883 in 2012, the team has risen to National League North. Two more promotions, and some further upgrades to the ground, would see Darlo back in the football league. More importantly, returning home from exile helps to reconnect town and club, re-establishing affections that were severed by the strife of recent years. The crowd at the opening game was so big that the caterers, local pie specialists Taylors, sent lads round with trays. Echoes of the heyday of football’s huge terraces, and the peanut sellers throwing their wares to customers with laser-like accuracy from the touchline.

On the field the team played its part in the big day. Two goals from Mark Beck, a lanky power house of a centre forward, and a rocket of a volley from Josh Gillies were enough to claim a 3-2 win over Halifax Town. It was a fitting opponent for the occasion. The teams had met more than 100 times in their Football League days. Both fell on hard times, reformed and met for the first time ever outside of the professional game here.

Inevitably, there were teething problems. Parking, despite an extension to the rugby club car park, remains difficult. Unfamiliarity caused a few bottlenecks as fans moved around the stadium, while the segregation arrangements perhaps left a disproportionate area for a relatively small group of away fans, while the home support was squeezed three deep around the pitch. But the overall feeling was one of triumph. Darlington are home.

The Tin Shed during Darlington’s 3-2 home win over Halifax at Blackwell Meadows.

The clubhouse at Blackwell Meadows under the floodlights. 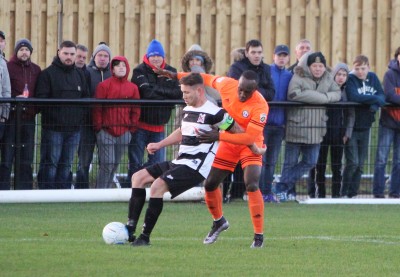 Action as Darlington (black and white) take on Halifax Town at Blackwell Meadows. 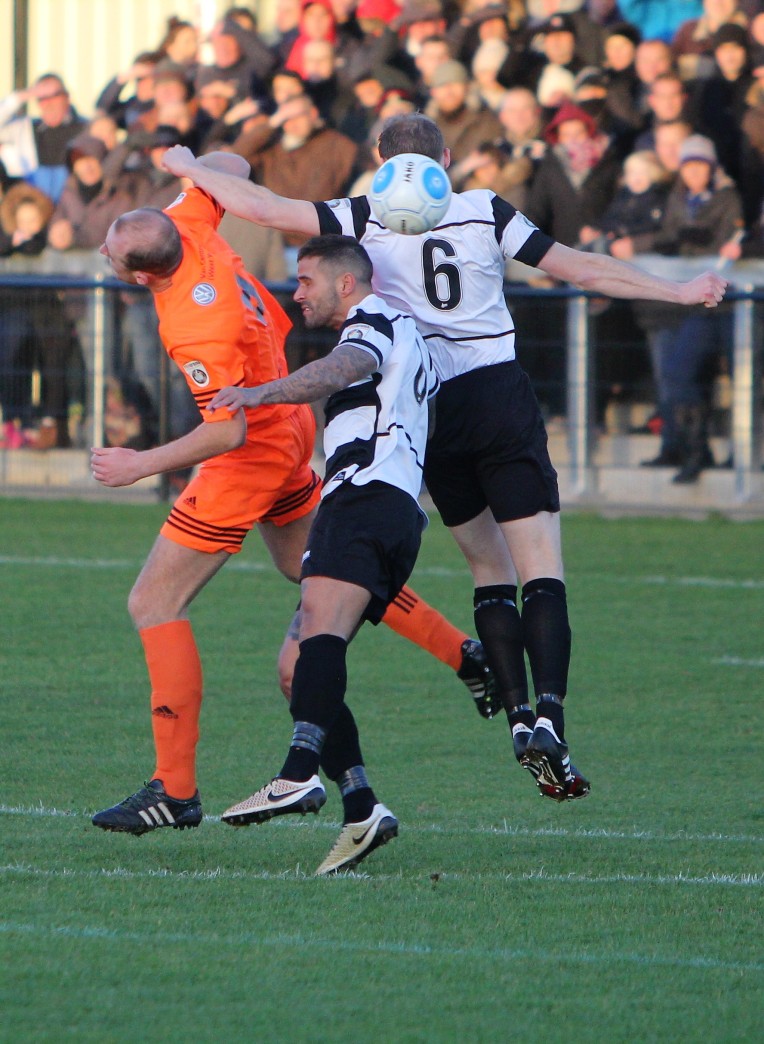