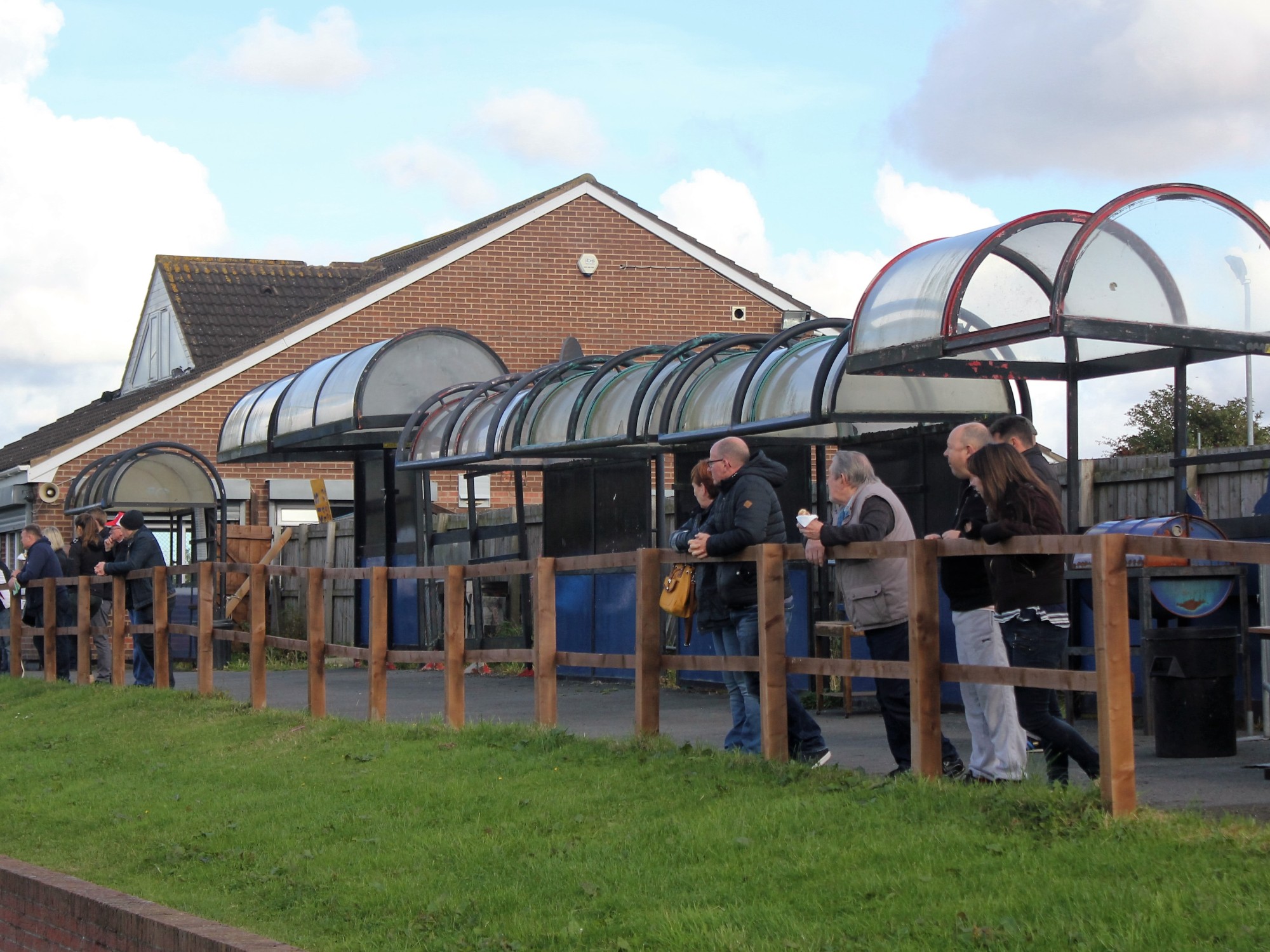 Not, of course, the useful ones that enable you to get to a game on public transport. This is the north-east, where the public is generally expected to transport itself whenever the destination lies outside of the major cities. Instead, Ryton has a cluster of seven stops acquired – who knows how? – to provide some covered standing just along from the club house.

It’s not the only quirky feature of this ground: check out the dartboard hidden away in one of the stands, park yourself on the lone row of uncovered seats next to the main stand behind the goal, or contemplate the curious undulations of the playing surface, describing a geometric form that might have been sketched by MC Escher.

On this occasion, Ryton rather missed the bus. Visitors Brandon Utd had picked up a decent run of form after a slow start and what might have been a home banker a couple of weeks ago turned into a tough ask in the lower reaches of Northern League Division Two. Brandon, well-organised under the guidance of returning manager Lee Jewett, grabbed an early lead through Anth Phillipson’s volley in the eighth minute and soaked up some second-half pressure to snatch a 1-0 win. Ryton, full of running, lacked the guile to unlock a well-drilled defence; Brandon goalie Thomas Orton barked out plenty of instructions for his back four but rarely had a big save to make as Ryton’s hard work never really carved open the rearguard.

Disappointment on a pleasant autumn afternoon – both the result and the crowd of just 32 paying punters – for a club that deserves better. It’s easy to smile at some of the odder features of the ground, but this is a club that has worked hard to embed itself in the community since replacing the now defunct Crawcrook Albion at this home in 1998. A lottery grant paid for a refit and an artificial pitch was in place to greet the royal opening party when Prince Andrew came to cut the ribbon. It wasn’t Andrew’s first such duty in the region; one year earlier he had performed the honours at Sunderland’s Stadium of Light. The plastic surface is given over to community use, an essential part of a club that has 18 different age-group teams alongside the Northern League squad; the first team sticks to the grass.

The clubhouse also supports local business, offering bottles of locally brewed real ales from the nearby Hadrian Border Brewery in the clubhouse alongside the usual pumps of mass-produced lager. This seems like a great idea: getting in barrels of real ale is a challenge for a bar that might only be open two or three days a week, but selling bottles of something more interesting than the norm is viable. More clubs and more breweries could take this up.

At present, languishing in the lower half of Division Two, it’s hard to see a return to the upwardly mobile days of the 2000s when Ryton won the Northern Alliance and moved up to the Northern League for the 2005-06 season. By 2008 they were in the top flight and one season later they reached the Durham Challenge Cup Final for the first time, losing to Billingham Synthonia. Relegation in 2011 led to a name change. The team became Ryton & Crawcrook Albion, recognising the previous tenants of Kingsley Park and seeking to draw more support from the broader community across the two adjacent villages in Tynedale. But just one home win in all competitions this season highlights why that support isn’t currently hopping off the bus at the Kingsley Park stops. 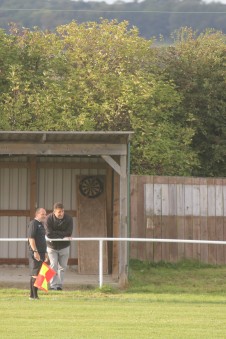 A dartboard at the back of a stand at Kingsley Park. 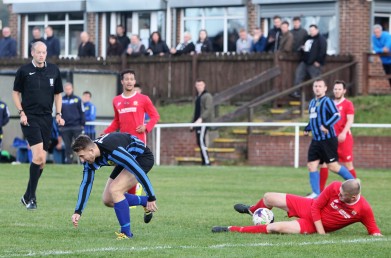